The reasons for me going on the ketogenic diet boiled down to two reasons:

My epilepsy history in a nutshell

I have had epilepsy since my early-mid teens, that’s more than half my life! My sister had it too but she grew out of it. I was diagnosed with ‘Juvenile Myclonic Epilepsy’ but it’s now classified as ‘Generalised Epilepsy’ as I didn’t grow out of it and my seizures changed from myclonic jerks to Grand Mals.

My triggers are classic: lack of sleep, stress, early mornings, too much caffeine and alcohol. (It’s probably a good thing I’m not a banker, I wouldn’t be able to hack the trading floor

I used to be on a medication called Epilim (Sodium Valproate) for most of my life, until in 2014 at the age of 29, I had a seizure in Delhi airport whilst travelling on an early morning flight. It was a turning point in my life in that if that seizure hadn’t occurred I would probably still be on Epilim, oblivious to its’ effects on my body.

Because my parents are doctors, and my GP is a family friend, I trusted them and whatever medications I was on. I guess they trusted the knowledge of their friends as well. I hadn’t had regular follow-ups and in hindsight, even when I was seen to, I never really felt comfortable being seen to by friends of the family – they were more interested in conversations with my parents than with me the patient. So they were very quick conversations, and to be honest, I don’t remember much.

In Delhi the doctors were shocked I was on Epilim as a woman of child-bearing age. So they put me on Keppra. Mum flew down and I was taken back to London where I recovered and saw a neurologist. Keppra didn’t suit me at all, it was two weeks of hell (moody, angry, hair falling out, lethargic – there’s a reason they call it the crazy pill!). So I was titrated on to Lamictal over a 5 month period and I returned to India for work. Lamictal worked for about a year and a half, and then it slowly lost its effectiveness.

I returned to London in November 2015 with the intention of spending time with family and getting healthy. After two years of using Lamictal and experiencing a few seizures, a new neurologist I had started seeing suggested titrating on to Zonegran.

So I started the process in November 2016. However it was in early January 2017 that we had to make an appointment to see my neurologist urgently. December 2016 had been a bit tumultuous with numerous seizures, including one on New Years Eve (at home). They were scary because they were of a different kind in that I was still conscious and more like small convulsions that seemed to go on for hours, as opposed to a Grand Mal seizure where I blacked out. Needless to say my parents were worried. My mum was hysterical and dad even brought an Oxygen machine home!

My neurologist reassured me that this was actually a good sign in that the  Zonegran was blocking the seizure from developing into a full blown Grand Mal, and I was having those types of seizures because I was on a very very low dose (it was probably around 50mg at the time), and I was simultaneously coming off Lamictal. As we planned to increase the amount of medication over the coming months, this should ease off (and I’m pleased to say it did – I’m currently on ONLY 175mg Zonegran morning and evening and no Lamictal).

I was also going through a stressful time on the work front having started working on a new project in the deep-end which might have added to the seizures. He was kind and for the first time in my epileptic life (15+ years?) someone talked me through all the different kinds of treatments available. He talked about the different medications available, surgery (I’m not at that stage, and hopefully won’t be), and the Ketogenic Diet.

My dad being the mad doctor that he is, suddenly woke up at that point when my neurologist mentioned the ‘D’ word. My dad loves anything to do with food as medicine, and this was a Eureka moment for him. Not so much for me though. I love my potato, bread, rice and dessert too much, and can’t don’t do diets (!!!). The thoughts was not appealing at all (at that point in time).

So my dad took it upon himself to research the diet and use himself as a guinea pig starting the next day. He figured he needed to lose some weight anyway he said, he has high blood pressure.  I rolled my eyes as he tried to convince me (unconvincingly). I didn’t know it at that point, but my dad was going on the diet to lose weight because he was going to have a heart surgery for a heart valve replacement. It was planned but I would only find out later. (The diet did help him, and that probably deserves a whole separate post).

The day I decided to go Keto

I had 3 months to go until the medication transition and even if I wanted to, I couldn’t start a diet until the end of March 2017 at the earliest. I unfortunately had a Grand Mal seizure in a public space on 4th April 2017 and my dose was increased thereafter. I also had shoulder surgery scheduled in mid-April 2017 which had to be postponed, to April 20 2017. The timing fell into place and it was after this seizure that I thought I had nothing to lose and would start the Ketogenic diet. (Although I did have a carb-up at the hospital after shoulder surgery!!!) I knew that I’d be recovering at home for a while and could afford to deal with ‘Keto Flu’.

The problem with anti-epileptic medication is that it’s trial-and-error, and the last few years I feel like I’ve been pumped with drugs, and even then if might stop working (as with Lamictal in the past). If the Keto diet has a 50% chance of success with managing my seizures, I’ll take that!

It’s been nearly 12 weeks since that Grand Mal seizure that made me go Keto, over 9 weeks since my shoulder surgery, and now seeing as I’m able to use both arms and type (thanks to physiotherapy), I thought I’d share my journey as I learn.

In this blog I expect to share keto experiments from the kitchen (both my own as well as adaptations of other recipes which I shall link). I’ll also share tips and information on managing keto and epilepsy.

If you have any ideas / requests / contributions for the blog, or would just like to get in touch and have a chat, please write to riagoesketo@gmail.com.

Hi I'm Ria! I'm passionate about healthy living and wellbeing as a result of living with epilepsy, eczema (TSW), asthma and PCOS! I was born in Brunei, raised in London, of Bengali-Indian origin, and my heart (or rather stomach and tastebuds) lie in India and Asia! I'm obsessed with yoga, intrigued and challenged by meditation, fascinated by photography, art, dance and movement. By profession I'm a Marketing & Communications professional with a special interest in International Development and Innovative Start-ups & SME's. View all posts by riagoesketo

4 thoughts on “Why I decided to go Keto” 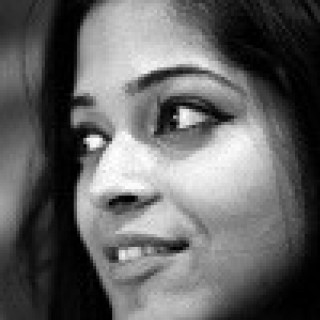